He’s been on the Jack Benny show both in radio and television for 27 years. He’s a man who is famous for ONE word and ONE sentence.

Of course he says more, lots more, but his comical “Yeeaaas” and “Ohhh do I?” are familiar to audiences from coast to coast. And the old slogan rings true with this actor: “‘Taint watcha say it’s the way how you say it”.

For Frank Nelson can say a mere “yes” to Jack Benny and get a guffaw of laughter. It’s the way he starts it at the top of the scale and melodiously brings it down. “Ohhhh do I?” is given another kind of inflection.

Generally speaking, it’s sometimes hard for Mr. Benny to keep a straight face when playing a scene with Frank Nelson.

Frank and his lovely actress wife, Mary Lansing, can boast of being pioneers of Studio City. They bought a large lot on a hill overlooking what was then the “Fryman Ranch” (now Fryman Road and considerably more populated) and Mary designed just the home she wanted built on their eucalyptus and walnut-shaded property.

Their circle of friends referred to the idea as “Nelson’s folly.” They just couldn’t understand how any couple could build such a beautiful home way out in “the sticks.” We trust these friends have long since eaten humble pie.

In 1939, Mary’s architectural ideas were revolutionary. Each room in the house is luxuriously spacious. Mary brought a touch of her New Orleans background to Studio City by ordering a fireplace built in the master bedroom. She also designed the den which has driftwood panelling, the rage of present day interior decorating, and a flagstone fireplace built by a master craftsman, truly a work of art.

We chatted with the Nelsons in this warm and cheerful den where we were welcomed with an almost pear-shaped-toned voice saying “Rots of Ruck!…I’m a dear boy.” We looked around at Frank to see if one of his hidden talents was ventriloquism only to find Frank talking back to the “voice.” We discovered, in a cage in the corner, a Myna-bird! “I’m Ali-Babble,” the bird said, “thank you very much.”

The name of Frank Nelson is known and respected by every actor in the field of radio and television. He has contributed more to the welfare of his fellow professionals than probably any other performer.

They couldn’t have made it more obvious than on the night he was invited by a friend to the Masquers club for supper and found himself intruding upon a testimonial dinner. His face was really red when he discovered the affair was for…Frank Nelson.

A plaque was presented to Frank that night. Bearing a gold microphone and gavel, it was inscribed to a man who had “devoted years of outstanding leadership to AFTRA.”

The testimonial dinner was by way of saying thanks to Frank Nelson, who was one of the original four actors to set up the basic concepts of the American Federation of Radio Artists. It was founded in 1937, and Frank is the only member of his profession who has served consecutively on the board ever since.

In July, 1958, Frank was presented with a special gold membership card and has the distinction of being the first performer to be so honored.

He has also distinguished himself by serving as a trustee on the AFTRA Pension and Welfare Fund and on the board of directors of RTRA.

The Nelson den also boasts two other trophies given to him. Since he is a fisherman par excellence and an avid hunter, he was awarded by the Studio City Rod and Gun Club (of which he is a member) a golden trouted trophy for landing a 4-lb., 3-oz. stream trout, and the “Man of the Year” award by the Rod and Reel Club.

Frank hails from Colorado Springs, Colo., and was schooled in Denver. He started out in radio at station KOA-Denver and appeared in little theatres and stock companies there before coming to Hollywood in 1929.

He played every type role on radio and while a member of the then well known show, “The Georgia Fifield Players,” he met Mary. They were married in the Wee Kirk o’ the Heather Church, Jan. 7th, 1933. They have two children, a son Douglas and a daughter, Bonnie.

Frank has appeared on radio with just about every star you can imagine, and shows on which he worked regularly besides the Benny show were “Fibber McGee and Molly”, “Lux Radio Theatre”, “Abbott and Costello”, “Baby Snooks”, “Blondie” and so on. He played leading man to such beauties as Bette Davis, Claudette Colbert and Jeanette McDonald.

When television swept the nation and the radio show became a thing of the past, the transition didn’t hurt the talented Frank. He kept right on going. In fact he has been with Benny longer than any other actor in his company.

Awards in the home also bear the name of Mrs. Frank Nelson. She is one of the few women in the entire country to have taken a Camp Fire Group from the age of seven through high school.

Mary was personally honored by receiving the Camp Fire Organization’s silver medallion for 10 years of devoted service, and The Spastic Children’s Guild awarded a special plaque to the Blue Bird group.

We, his neighbors in Studio City, salute Frank Nelson…and to paraphrase “Ali-Babble” wish him “Rots of Ruck!” 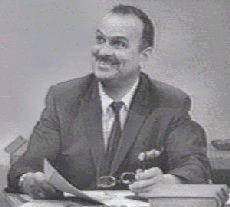 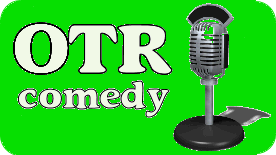